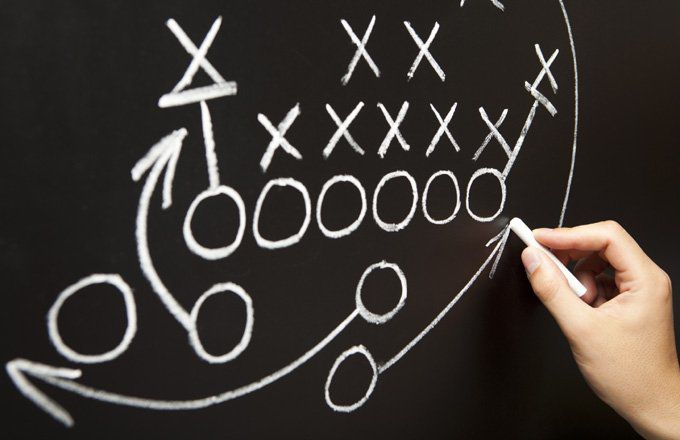 National payment systems are the conduits through which buyers and sellers of financial products and services conduct transactions and are an important component of a country’s financial system. Global financial liberalization and advances in information technology have allowed significant updates in the architecture of securities, retail and high-value payment systems, as well as in the processes and procedures carried out by operators, administrators, regulators and users of the systems.

In a large number of countries, there is a great responsibility for the integrity of the national payment system within the central bank. This article will provide an overview of financial payment systems and the role they play in the modern global financial system.

A national payment system is a configuration of institutions supported by an infrastructure of technology-driven processes and practices to facilitate business and financial transfers between buyers and sellers. A country’s payment system reflects its banking and financial history and the development of supporting technology and communications platforms.

The market for payment systems services operates according to supply and demand as with any market. On the demand side, users are looking for easy availability of payment instruments and services to satisfy their various financial transactions, from large-scale wire transfers to point-of-purchase transactions with retail credit instruments such as credit cards and debit.

Users favor low transaction costs, interoperability between different systems, security, privacy and legal protection. On the supply side, payment services provide a source of income for banks and other financial organizations and open markets for providers of technology and communications products and services.

Banks and other depository institutions communicate with each other through a messaging and routing system. If you have a checking account at a U.S. bank, you’re probably familiar with the nine-digit number on the bottom left of your checks – this is the American’s Route Transit Number (RTN). Bankers Association (ABA), which is used to identify the financial institution to which the check is written.

If you were working for an employer in Europe but still wanted your wages paid into your US bank account, the process would be similar to the one described above, but instead of routing through the US ACH system, the The deposit message would likely be published through the network of the Society for Worldwide Interbank Financial Telecommunications (SWIFT), a Belgium-based cooperative society that links financial institutions in more than 200 countries.

The SWIFT code is similar to the ABA RTN number as a means of identifying the bank initiating the transfer, as well as the correspondent banks with which the bank has pre-existing agreements to facilitate the international transfer and settlement of funds. The SWIFT platform is used by all central banks that are part of the Eurosystem, the monetary authority of the 19 countries of the European Union that are part of the euro zone, including Austria, Belgium, Cyprus, Estonia, Finland, France, Germany, Greece and Ireland. , Italy, Latvia, Lithuania, Luxembourg, Malta, the Netherlands, Portugal, Slovakia, Slovenia and Spain.

Clearing refers to the transmission and reconciliation of payment orders and the establishment of the final positions to be settled. The settlement is the event that actually carries out the obligations: the respective debit and credit of the accounts of the parties to the transaction. The integrity of the global financial system is based on the proper accounting of each transaction that takes place in the system; therefore, stability depends on the reliability and precision of the clearing and settlement systems.

There are three main types of clearing and settlement systems.

Clearing and settlement systems can be settled gross or net. Gross settlement is when the settlement of funds or securities is done individually, one transaction at a time. Clearing is when a large number of individual positions (both credits and debits) are cleared in smaller batches for processing, so that settlement takes place at specific times during the business day rather than continuously.

The US Fedwire system, the main high-value component of the US national payment system, is settled on a gross basis in real time, as is the TARGET system (TARGET2), which is the main A valuable platform for the European Central Bank and its networks. of the national central banks of the euro zone, such as the Banque de France and the German Deutsche Bundesbank.

One of the main risks in a clearing and settlement environment is that one of the parties may default. If settlement is on a real-time gross basis, the effect of a default is limited to the single transaction that is being processed. However, if the default takes place in an offsetting arrangement, then all parties to that arrangement (potentially hundreds or thousands) may also be at risk, and thus their counterparties in other transactions that they have, may also be at risk. place at the same time and so on. throughout the system.

This is an example of systematic risk: the risk that a failure in one part of the system spreads like a contagion throughout the system. Technology has facilitated the ability to process trillions of dollars every day through the global financial architecture. However, each country has only a small number of individual systems, and these systems interact with each other around the world, so the ramifications of a systemic failure are dramatic.

An institution responsible for studying and developing guidelines for risk management in the financial system is the Bank for International Settlements (BIS), a Geneva-based institution that acts as a bank for central banks and uses various initiatives to promote cooperation between international financial and monetary entities. systems.

In 2001, the BIS Committee on Payment and Settlement Systems (CPSS) introduced a set of guidelines for critical payment systems called Basic Principles for Systemically Important Payment Systems. This establishes 10 principles for prudent operation and risk mitigation for those systems, in particular, the large-value clearing and settlement systems described above, where a failure in one part of the system could quickly spread.

The Basic Principles also establish recommendations for the particular responsibilities of national central banks in the operation, supervision and use of critical systems in their jurisdictions. The proper functioning of national payment systems is often explicitly stated in the organizational mandate of a central bank. For example, the organizational mandate of the US Federal Reserve System consists of five activities:

National payment systems are vital to the integrity of the global financial system. Technology and globalization have facilitated the rapid growth of systems for processing non-monetary electronic transfers between parties located anywhere in the world.

The payment system in any country will consist of a small number of retail, high-value, and securities settlement systems that link to systems in other countries through various liaison platforms and correspondent relationships. Risk actualization, such as one party’s default in a high-value transaction, has the potential to spread far and wide and thus compromise the integrity of the system, making the payment system a An important priority for central banks and other key institutions in the financial community.

www.investopedia.com
READ ALSO:  How to Retire With $2 Million
About the author