Who is Roger Ver? Why is he called Bitcoin Jesus? 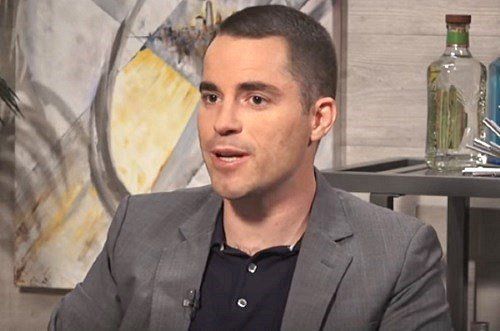 In the world of cryptocurrencies, it is rare to find a major player who is not also controversial. Roger Ver is exactly that kind of guy. As one of the earliest and most vocal advocates of (and investors in) crypto and cryptocurrency-related startups, he earned the nickname “Bitcoin Jesus.” However, in recent years, Ver’s views and cryptocurrency investments have become even more polarized, as has his personal story.

Roger Ver was born in 1979 and grew up in San José, California. He attended De Anza College, a community college in Cupertino from 1997 to 1999, studying economics, mathematics, and astronomy. He also studied physics at Stanford University in 1998, according to his website.

While in college, he founded a company, Memorydealers, that resells Cisco-related memory and networking equipment, transceivers, and accessories. He dropped out of school to run the business, serving as its full-time CEO for more than a decade. He was no longer CEO of MemoryDealers.com as of 2012, and is on the list of people who ended their relationship with him in 2018.

From 2004 to 2018, he founded and ran Agilestar.com, “a global leader in fiber optic transceivers with satisfied customers in nearly every country in the world.”

However, since 2011, Ver has been much more commonly associated with a growing variety of bitcoin and cryptocurrency-related projects.

Ver claims to have discovered bitcoin in early 2011, calling it “one of the most important inventions in human history.”

An early adopter of the first digital currency, he integrated bitcoin payments into Memorydealers.com, allowing customers to make payments in bitcoin. Moving to collect bitcoins in its early days, when each coin was valued at less than $ 1, Ver amassed a total collection of more than 400,000 bitcoins by some estimates. In the process of spreading the word about bitcoin, Ver was likely to reduce its collection through payments and financing projects.

Ver’s financial support helped launch a number of popular bitcoin startups and projects. He was an early investor in the now-defunct BitInstant, the company founded by former bitcoin millionaire and convict Charlie Shrem.

Ver was also an early investor in various blockchain-related projects, including Kraken, purse.io, Blockchain.com, and Ripple. In 2012, Ver launched bitcoinstore.com, offering thousands of items for sale with customers authorized to transact in bitcoin.

In 2015, Ver began managing Bitcoin.com, a web portal that provides various services for bitcoin and bitcoin cash. Ver served as the CEO of Bitcoin.com until August 2019, at which point he became CEO.

In recent years, Ver has continued to participate in bitcoin projects. As one of the founders of the Bitcoin Foundation in 2012, a non-profit organization aiming to try to restore the reputation of crypto after several scandals, Ver has fueled the adoption of Bitcoin around the world and by major companies. .

Throughout the process of advocating for bitcoin and related projects, Ver earned the nickname “Bitcoin Jesus” as he was viewed by many as an evangelist on behalf of the cryptocurrency. However, in later years, it seemed to turn against, or at least, adopt an opinion that some consider retrospective.

For example, in a 2017 interview, Ver explained that he was “really, really worried about the future” of cryptocurrency, lamenting what he saw as too much speculative interest for bitcoin to remain viable as a currency, and stating that “developers have destroyed “its use as money.

Instead, Ver aligned his views with a minority of crypto developers when he came out in favor of a hard fork, a radical change in a network’s protocol that makes previously invalid blocks and transactions valid, or vice versa. “The fact is, the usefulness of bitcoin has been damaged,” he explained. He pushed for an increase in the block size limit, a change that he believes would allow customers to pay for goods and services in bitcoin and lower fees. Critics believe such a step could disrupt bitcoin’s decentralization and negatively impact transaction processing procedures.

Hard forks also allow the creation of new versions of a cryptocurrency. And indeed, Ver now seems to have become more of a bitcoin cash advocate, created in August 2017. Ver has also gone so far as to suggest that the alleged insider trading of bitcoin cash on the popular exchange Coinbase is a ” no crime.. “

Roger Ver regularly makes lists of “Richest People in Cryptocurrencies”, although his exact net worth is difficult to measure as he runs a private company. And of course, much of your wealth is tied to a rapidly fluctuating cryptocurrency. It has been estimated around $ 430 million.

Ver’s comments that insider trading is not a crime have a different resonance in light of the fact that he pleaded guilty to federal felony charges. In 2002, he was sentenced to 10 months in prison for selling explosives on eBay and mailing them, all without a license to do so. It is common for critics of Ver to point to this part of his personal life as a means of portraying him in a negative light.

Ver identifies as libertarian and anarcho-capitalist; In 2001, he ran for the California State Assembly as a member of the Libertarian Party. For some skeptics, this sheds a sinister light on, or at least a justification for, their interest in cryptocurrencies, which are not issued by governments and operate in a decentralized manner.

Another reason Ver is considered controversial: his current citizenship and visa concern. Ver moved to Japan in 2006.

Born in California and now a resident of Japan, entrepreneur Roger Ver has a long history with cryptocurrencies. He was one of the first bitcoin investors and bitcoin-related companies and one of the first bitcoin promoters, so serious that he earned the nickname “Jesus of Bitcoin.” However, around 2017, the billionaire bitcoin advocate shifted his allegiance to bitcoin cash, and this shift, coupled with his libertarian views and brushes with government authorities, makes him a somewhat controversial figure.

Investing in cryptocurrencies and other initial coin offerings (“ICOs”) is very risky and speculative, and this article is not a recommendation from Investopedia or the writer to invest in cryptocurrencies or other ICOs. Since each individual’s situation is unique, a qualified professional should always be consulted before making any financial decisions. Investopedia makes no representations or warranties as to the accuracy or timeliness of the information contained in this document. As of the date this article was written, the author owns cryptocurrencies.