Who is Mario Draghi? 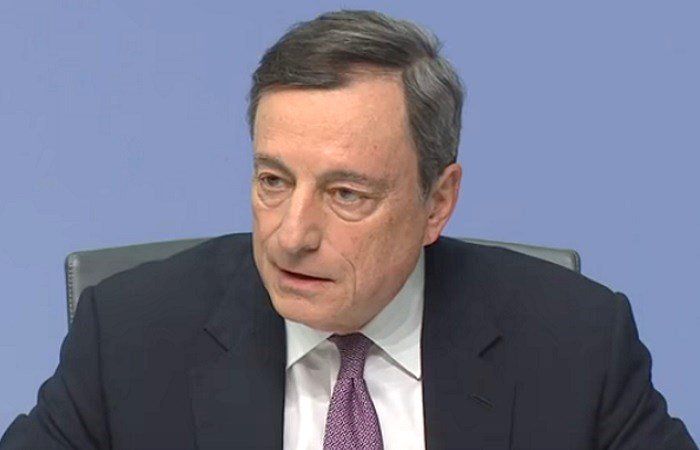 Who is Mario Draghi?

Mario Draghi is an economist, banker, and professor who helped bring economic reform to some of Italy’s largest corporate and financial institutions before becoming the country’s prime minister in 2021.

Born on September 3, 1947, Draghi grew up in Rome, where he studied with the Jesuits. He completed his undergraduate degree at the University of Rome, then moved to the United States, where he studied economics at the Massachusetts Institute of Technology (MIT). In 1976, Draghi received a Ph.D. from MIT.

Draghi followed in the footsteps of his father, who was also a banker, after completing his education. In addition to working in academia, he spent most of his career at the helm of numerous global financial and economic organizations.

Draghi spent the early part of his career in academia and banking. Between 1981 and 1991, Draghi taught economics at the University of Florence. He also served as executive director of the World Bank in Washington, DC during his tenure at the university.

During the ten-year period between 1991 and 2001, he was Director General of the Italian Treasury. As part of his work, he headed the committee that reviewed and renewed Italy’s corporate and financial legislation.

His experience as a board member of several Italian banks and corporations, including Banca Nazionale del Lavoro and Istituto per la Ricostruzione Industriale, was crucial at this time. This was especially important for Italy’s candidacy to participate in the European Economic and Monetary Union (EMU) in 1999.

Goldman Sachs and the Bank of Italy

Draghi joined investment banking in 2002. It was then that he joined the international division of Goldman Sachs as vice president and general manager. Draghi was also a member of the company’s management committee. In this capacity, he developed the company’s strategy in the European market and worked closely with large European corporations and European governments. He held these positions until he left the bank in 2005.

After his tenure at Goldman Sachs, Draghi returned to government banking. He was appointed governor of Bank of Italy or the Bank of Italy, the country’s central bank at the end of 2005. A few months later, he was elected president of the Financial Stability Forum. Renamed the Financial Stability Board in 2009, the organization was responsible for bringing together central banks and governments to research and promote global financial stability.

Draghi used his time to promote growth in the EU through negative interest rates and quantitative easing (QE). He also worked closely with then-ECB President Jean-Claude Trichet to develop economic policy recommendations for the Italian government.

Draghi served as Governor of the Bank of Italy until the end of 2011.

Due to their close collaboration, Mario Draghi was frequently mentioned as Trichet’s successor when his term as President of the ECB ended at the end of 2011. In May 2011, the Council of the EU adopted a recommendation to nominate Draghi for the presidency. of the ECB.

The European Parliament and the ECB itself approved the appointment, confirming his appointment in June 2011. Draghi also served as a member of the bank’s executive board, governing council, and general council. Draghi also chaired the European Systemic Risk Board.

Shortly after taking office, he oversaw an ECB $ 640 billion three-year loan program to European banks in December 2011. It was also closely related to the restructuring of Greek debt after the financial fallout of the country. In February 2012, Draghi started another round of ECB loans to European banks.

Part of his activity as director of the ECB was to advocate for the continuation of the eurozone. In 2015, he suggested that EU countries “had not yet reached the stage of a true [monetary union]”, adding that this would potentially jeopardize the” long-term success of the monetary union when faced with a major shock. “

Mario Draghi’s work to help promote and save the euro earned him the nickname Super Mario in honor of the popular character from the Nintendo video game.

Draghi was an outspoken advocate for improving the economic performance of the eurozone countries. But he was criticized for his position at the ECB, largely for his ties to Goldman Sachs and for his membership in the so-called Group of Thirty, a private group of financial lobbyists.

His term as head of the ECB ended in 2019. He was replaced by Christine Lagarde.

Draghi retired to private life after leaving the ECB, but returned to the public sphere after Italian President Sergio Mattarella asked him to form an administration.

Mattarella’s appointment came after the collapse of the government due to its handling of the COVID-19 pandemic. Draghi won a vote of confidence in the lower house of Italy’s parliament, giving his government the authority it needed to take power. Draghi was sworn in on February 13, 2021.

Mario Draghi is an economist, academic, and banker who became Governor of the Bank of Italy, President of the European Central Bank, and, in 2021, Prime Minister of Italy.

www.investopedia.com
READ ALSO:  How You Can Score Gift Cards for Free
About the author