Who is Jim Yong Kim? 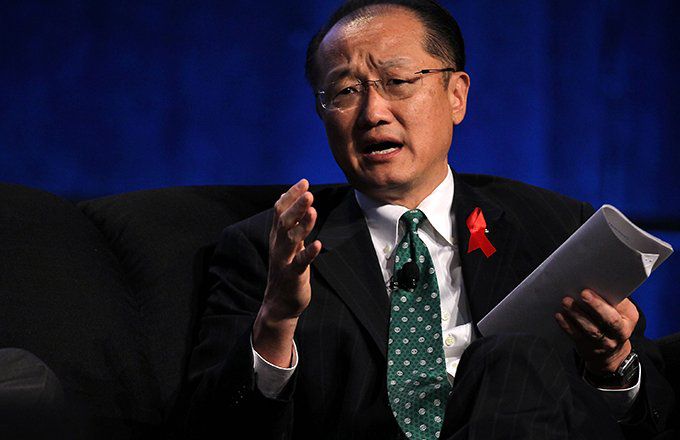 Who is Jim Yong Kim?

Jim Yong Kim served as the twelfth president of the World Bank from 2012 to 2019. This former Korean-American physician and anthropologist has achieved many other significant personal accomplishments throughout his life, and is widely celebrated as an inspiring success story.

Born on December 8, 1959 in Seoul, South Korea as Kim Yong, Kim’s family immigrated to Muscatine Iowa, in the United States, when Kim was only five years old. Kim’s mother received a Ph.D. in philosophy from the University of Iowa, where his father taught dentistry.

During his youth, Kim changed his name to Yong Kim, to align with Western naming conventions. He later added the name “Jim” to further westernize his name.

Kim went on to graduate school at Harvard University, earning a medical degree in 1991 and a Ph.D. in anthropology in 1993.

In 1987, while still at Harvard, Kim and his classmate and friend Paul Farmer co-founded a Boston-based organization called Partners in Health (PIH), to provide health care to poor regions of the world.

In the mid-1990s, Kim spearheaded efforts to provide low-cost treatments to multidrug-resistant tuberculosis (MDR TB) patients in Carabayllo, Peru. Later, he focused his efforts on treating AIDS, for which he received the MacArthur Foundation Fellowship in 2003.

Kim taught at Harvard Medical School from 1993 to 2009, at which point he was appointed president of Dartmouth College.

From 2003 to 2004, Kim served as an advisor to the director general of the World Health Organization (WHO). He was director of the WHO HIV / AIDS department from 2004 to 2005, during which time he led the “3 by 5” campaign, which aimed to provide antiretroviral drugs to three million new HIV and AIDS patients by 2005.

President of the World Bank

In March 2012, President Barack Obama nominated Kim for the presidency of the World Bank, largely because of his experience working with poor communities and developing countries. Kim was confirmed for the position in April of that year and took office in July.

When asked if his personal lack of financial experience would affect his ability to lead the World Bank, Kim replied: “Economic development and poverty alleviation are so complicated that I don’t think there is a single fund or a single discipline that is enough to address these great human problems … I want to eradicate poverty. I think there is a tremendous passion for that within the World Bank. ”

As president of Dartmouth College, Kim addressed sexual violence on campus with a program that educated students about the importance of bystander intervention.

As president of the World Bank, Kim earned an annual salary of $ 500,000, plus benefits. In 2015, Forbes magazine ranked Kim as the 45th most powerful person in the world, and estimated his net worth at at least $ 5 million.

After the World Bank

As of mid-2021, Dr. Kim lives in New York, where he works as a partner, vice president and president of emerging markets for Global Infrastructure Partners, an infrastructure investment fund, which joined GIP in 2019.

Dr. Jim Yong Kim grew out of humble beginnings, becoming a leader in health care policy and health-related humanitarian efforts. His impressive career has included serving as President of Dartmouth College for three years and President of the World Bank for seven years.

www.investopedia.com
READ ALSO:  Divergence versus convergence What is the difference?
About the author