What is the difference between communism and socialism? 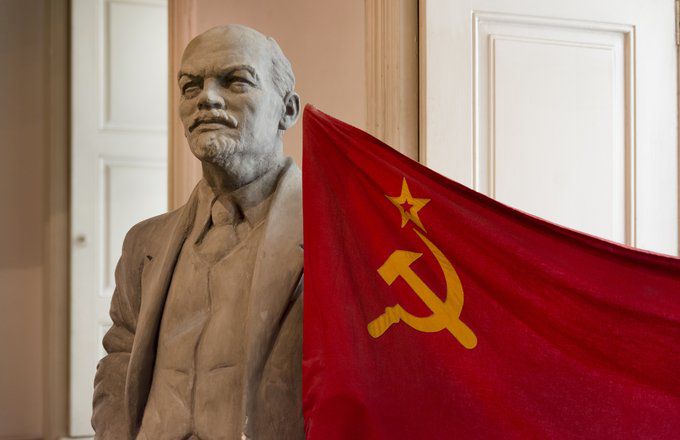 Communism and socialism are political and economic systems that are related but are often confused with each other. Here’s how the two compare in theory and in practice.

In its most basic form, communism is a philosophy based on the equitable distribution of wealth among the citizens of a nation and the common ownership of all property. In particular, he called for the control of the “means of production”, such as manufacturing and agriculture, by the working class or the proletariat. Their ultimate goal was to achieve a classless society, at which point the state (or government) would “disappear.”

Contemporary communism is a branch of socialism and is sometimes called “revolutionary socialism” for advocating the takeover of government powers by the working class through revolution rather than incremental reform.

Socialism encompasses a broader spectrum of political beliefs than communism, but shares communism’s emphasis on a fair (if not necessarily equal) distribution of wealth among citizens, as well as public ownership of the means of production (though not necessarily all). In that sense, socialist programs and policies can coexist with capitalism in a society, which is less likely in a true communist system. Socialists may or may not see a communist system as their ultimate goal.

Although modern communism is considered a type of socialism, many of its ideas are actually older. The concept of communal ownership of property, for example, dates back to ancient times.

Communism in the present sense dates from the 19th century.th century, particularly with the publication, in 1848, of the “Communist Manifesto” by Karl Marx and Friedrich Engels. The philosophy they established is often referred to as Marxism.

“The basic thought running through the Manifesto,” Engels wrote in a preface, was that “all of history has been a history of class struggles, of struggles between exploited and exploiters, between dominated and dominant classes at various stages of social evolution. ; that this struggle, however, has reached a stage in which the exploited and oppressed class (the proletariat) can no longer emancipate itself from the class that exploits and oppresses it (the bourgeoisie), without at the same time liberating forever the whole society of exploitation, oppression, class struggles … “

Engels dismissed socialism as a middle-class movement led by “social charlatans who, through all manner of tinkering, professed to repair, without any danger to capital and profits, all manner of social grievances.” Communism, by contrast, was a working-class movement that aimed at the total dismantling of the power structure.

Marx and Engels traced the inequality of their time back to the Industrial Revolution that began in 18th century, arguing that the mechanization of production had exacerbated social inequality, dividing society into two classes: those who owned the means of production and possessed wealth (the bourgeoisie) and the workers who were at its economic mercy (the proletariat) .

To address the problem, they prescribed a system in which the workers themselves “take control of industry and all branches of production”, along with the abolition of private property and “communal ownership of goods.”

After the Russian revolution of 1917, Vladimir Lenin, leader of the victorious Bolsheviks, expanded the principles of Marxism, as did Lenin’s eventual successor, Joseph Stalin. His ideas evolved into Marxism-Leninism, which, instead of watching the state fade away, called for the government of a single political party. That was the system that ruled the Soviet Union until its collapse in 1991.

Today, only five countries (China, Cuba, Korea, Laos, and Vietnam) identify their governments as communist. In addition, several other nations have communist parties that participate, to varying degrees, in the political process.

Like Marxism, modern socialism emerged in the 19th century.th century in response to the Industrial Revolution and what many perceived as the excesses of capitalism. Instead of the individualism encouraged by a capitalist system, he emphasized the “collective good” or collectivism. It grew out of ideas about wealth redistribution that developed during the Enlightenment and the revolutionary movements of the 18th century.

An important difference between socialism and Marxism / communism was that socialism generally advocated a more gradual, even voluntary, transfer of power from the wealthy to the working class. Among its main advocates on both sides of the Atlantic Ocean was Robert Owen, himself a prosperous Welsh-born textile mill owner.

Some of the early socialists, including Owen, often referred to as utopian socialists, created communities based on shared property in Europe, Britain, and the United States. A well-known American example was the Shakers, a Protestant sect formed in England that established settlements throughout the eastern and midwestern United States beginning in the late 18th century.

Following the articulation of the communist principles of Marx and Engels in 1848, the socialist movement split into two broad factions. Supporters who still called themselves Socialists maintained their gradualist approach, while Communists urged more aggressive action.

From 19th A century later, socialist principles have influenced public policy in Britain, France, and other countries, notably through laws designed to protect workers’ rights, including the right to form unions and bargain collectively.

Social democracy is a strain of socialism that allows capitalism to exist, but attempts to reign in its excesses through regulation, while tackling inequality through government-run social programs. It gained ground after World War II, partly in response to economic failures and the brutal rule of the Stalin-era Soviet Union. Countries like Denmark, Finland, Norway, and Sweden are examples of social democracies, and many social welfare programs in the United States and elsewhere could also be seen as social democratic initiatives. Countries that combine both socialism and capitalism in this way are sometimes said to have mixed economies.

In some countries where socialism has not established itself as an official form of government, political parties such as the Social Democratic Party in Germany and the Labor Party in the UK wield great influence.

Communism and socialism in the United States

Communism has never taken hold of much in the United States, although the Communist Party of America, founded in 1919, has run candidates for public office over the years. As a result of the post-WWII Red Scare in the United States, Congress passed legislation banning the Communist Party in 1954. But much of that law has since been repealed, and the party continues to exist.

Socialism has done better, but it has also had ups and downs. Many socialists have been elected to positions as mayors and several as members of Congress. Eugene V. Debs, who was the Socialist candidate for president in five elections (1900, 1904, 1908, 1912, and 1920), obtained nearly 1 million votes in his last attempt. More recently, Vermont Senator Bernie Sanders, a self-described “Democratic Socialist,” was a serious contender for the Democratic Party presidential nomination in 2016 and 2020.

For decades, the terms “communist” and “socialist” have been used in the United States to attack political opponents, often people who were neither. Likewise, countless government programs and legislative proposals have been denounced as “socialist” or “communist” by those who oppose them for one reason or another. Both traditions continue to this day.

www.investopedia.com
READ ALSO:  Have Lost or Forgotten Retirement Accounts? Here’s How to Check
About the author