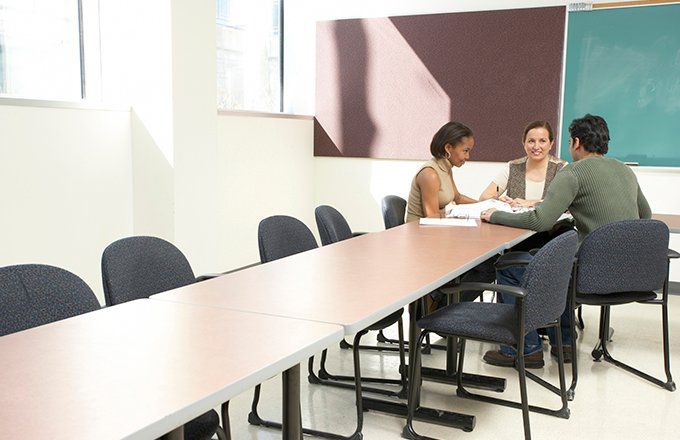 One of the most common reasons people choose to go to college is to open up to so many possibilities for the future: financial success, personal fulfillment, career prospects, as well as safety and security in retirement. But do you know someone who has decided to study teaching or art for money? Probably not. Unfortunately, many of the lowest paying jobs are concentrated in these fields. This article looks at the specialties that are in the lowest position when it comes to earning potential.

According to a 2021 College Salaries Report from Payscale, these are some of the lowest paying majors a college student can pursue. Dollar figures, which are rounded, represent “mid-career salary,” or median earnings for graduates with more than ten years of work experience.

By comparison, the median salary for all workers ages 25-59 with bachelor’s degrees was $ 61,000 a year, while workers with just a high school diploma earned an average of $ 36,000 a year, according to the report.

The report found that STEM (science, technology, engineering, and math) degrees tend to be the highest-paying undergraduate majors these days. In fact, only two non-STEM majors made it into the top 25. It was about economics and business economics.

Petroleum engineering was the highest paying undergraduate degree, with a median salary of $ 136,000 for professionals ages 25 to 59. The second highest salary was for pharmacy, pharmaceutical science, and pharmaceutical management graduates at $ 113,000. Metallurgical engineering came in third place, with $ 98,000.

STEM students between the ages of 25 to 59 earned a median annual salary of $ 76,000, while the median salary for those with arts, humanities, or liberal arts degrees was $ 51,000. Median earnings for teaching or service degrees, including majors in education, psychology, and social work, were the lowest, $ 46,000. Business careers were in the middle, at $ 65,000.

Additionally, “STEM majors not only have the highest salaries, they experience the highest salary growth throughout their careers,” according to the report. “Their salaries are growing by 50%, compared to the 28% growth of college graduates in careers related to teaching and service.”

Of course, there are exceptions. A well-paid educator can certainly earn more than a low-paid engineer. And there are many variables besides college courses that have a huge influence on earnings: work ethic, one’s ability to promote oneself, and even bad luck. Where you go to school is also a factor, as a degree from the Ivy League or a top-tier state university is likely to be more lucrative than one from a for-profit university. But choosing a major still makes a big difference.

A college degree in some fields can be more lucrative than a graduate degree in others.

The salary difference is evident immediately after graduation. The average college graduate earned $ 37,000 at the entry level, the report found. But those with STEM degrees averaged $ 43,000, while their classmates with arts, humanities and liberal arts degrees averaged $ 29,000. Both figures far exceeded the starting salary for recent high school graduates, who averaged $ 22,000 a year.

Graduates with low-paid majors can earn less than half the annual earnings of higher-paid graduates, and over a career spanning more than 40 years, the difference adds up. In fact, the report’s authors argue that your major may have a greater financial impact than whether or not you attend college.

Future earnings are only one consideration when choosing a college degree. And lower-paying professions can have their advantages. Teachers, for example, tend to take more vacations than many other professionals, tend to have greater job security and better pension benefits, and are important to the functioning of society as a whole. But an incoming college student hoping to earn a big salary after graduation should probably look elsewhere.

READ ALSO:  What are the risks of investing in treasury bonds?
About the author