The impact of supply and demand 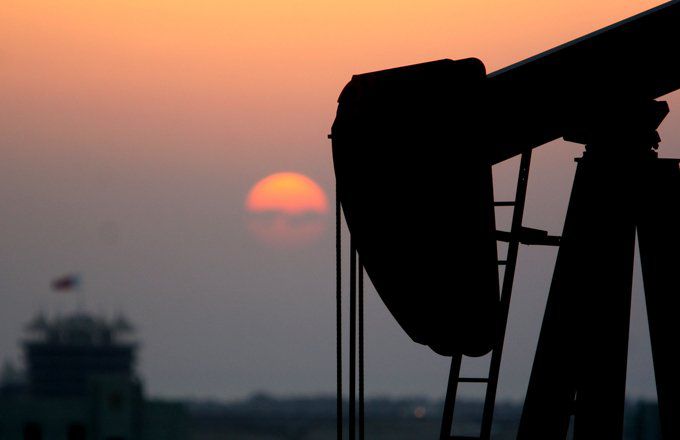 Oil is the crown jewel of a commodity that is used in many ways in our lives, from plastics to asphalt to fuel. The oil industry is an economic powerhouse and investors and traders closely follow movements in oil prices. Changes in oil prices can generate shock waves throughout the world economy. Every movement on the side of oil production and consumption is reflected in the price. Oil is not a diamond or caviar, luxury items of limited utility that most of us can live without. Oil is abundant and in high demand, so its price is highly dependent on market forces.

The consumer side is made up of hundreds of millions of us, who individually have limited power to influence prices, but collectively we have a lot. The production side is a bit more complicated. Which nation is the world’s largest oil producer, day after day?

READ ALSO:  Definition and calculation of the Chaikin oscillator

If you’re curious why it seems that the nations that produce the most oil and those most commonly identified with an abundance of oil aren’t necessarily the same, you’re not imagining it. There is an important distinction between oil production and oil reserves. Oil reserves are oil in the ground that has not been converted to supply.

As of 2020, Venezuela is the leader in that category, with reserves estimated at 303.8 billion barrels. However, most of its oil is found offshore or underground, making it difficult to access. It is also a dense oil, which makes it more difficult to refine it into usable products, such as gasoline. Saudi Arabia has the second largest reserves, with 297.5 billion barrels.

From the well to the fumes

So what does a barrel of oil represent, much less 13 million of them? It’s hard for outsiders to visualize production numbers, so let’s try to make sense of them. Most of the crude oil in the United States is used to produce oil. Oil is used to power vehicles, provide electricity, heat buildings, make plastics, and many other goods. Current statistics for 2020 indicate that the US consumed 20.5 million barrels per day, far more than its own production levels.

In 2020, the breakdown in oil use was: 66% transportation, 28% industrial, 3% residential, 2% commercial, and 1% electric power. Motor gasoline consumption was 8.0 million barrels per day, 44% of oil consumption. Gasoline is clearly the leader in terms of oil use.

The basic theory of supply and demand states that the more a product is produced, the cheaper it must be sold, all other things being equal. It is a symbiotic dance. The reason you produced more in the first place is because you became more economically efficient (or not less economically efficient) to do so. If someone were to invent a well stimulation technique that could double the production of an oil field for only a small incremental cost, then if demand remains static, prices should fall.

Something similar has happened in recent years. Oil production in North America is at its historic zenith, with fields in North Dakota and Alberta as fruitful as ever. As well as new supply of hydraulic shale fracturing. Since the internal combustion engine still dominates our roads, and demand has not kept up with supply, shouldn’t gasoline sell for five cents a gallon?

A problem, and this is where theory collides with practice; production is high, but distribution and refinement don’t keep pace. They are still catching up with the boom. The United States does not build refineries often. Five refineries were built between 2014-2019, to keep pace with production, but before 2014, the last refinery was built in 1998. Construction had been reduced to a minimum after the 1970s. A total of just two refineries were built in the 1980s and three in the 1990s, and these were not built for large capacity. Actually, there is a net loss: the United States has fewer refineries than in previous years. As of January 2021, the US has 129 refineries in operation. So even though there is a large supply of oil, the ability to refine it and bring it to market is limited, which affects the actual supply that is available for consumption.

Then there is the problem of the cartels. The Organization of the Petroleum Exporting Countries (OPEC) was founded in the 1960s. Although the organization’s charter does not state this explicitly, they set prices. By restricting production, OPEC can force oil prices to rise and thus enjoy higher profits than if its member countries had sold each on the world market at the current price. Throughout the 1970s and much of the 1980s, this was a sound, if immoral, strategy for OPEC.

According to the US Energy Information Administration (EIA), OPEC member countries often exceed their quotas, selling a few million additional barrels and knowing that law enforcement cannot really prevent them from doing so. . With Canada, China, Russia and the United States as non-members, OPEC has limited ability to stabilize prices and supply.

The oil industry is a global game and what happens in the world impacts the price of oil, especially since a large proportion of the world’s largest oil producers are located in unstable areas, mainly in the Middle East. Saudi Arabia, Iraq, Iran, Kuwait, and Libya fall into this region. Russia has been a nefarious actor in global politics and suffered sanctions for being so, and Venezuela is in a political crisis. Terrorist attacks, sanctions, and other regional issues influence the way these countries supply oil, which then determines how oil prices move. If these countries cannot supply oil because they are prevented from doing so and demand remains constant, oil prices will rise.

2019 saw many of these regional impacts. Terrorist bombings in Saudi oil fields, renewed sanctions against Iran, turmoil in Venezuela, bombings of oil tankers in the Gulf of Oman, and contamination of pipelines in Russia are just some of the regional disasters plaguing the oil industry.