Taxes in Oregon for Small Businesses: The Basics 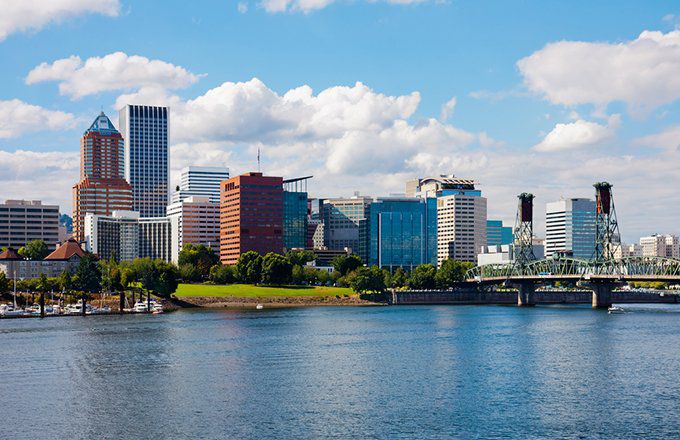 West Coast entrepreneurs have several incentives for choosing Oregon as the home for their small businesses. Oregon’s southern neighbor, California, has a much higher cost of living, as do many of the larger cities in Washington, the state’s northern neighbor. Many parts of Oregon, particularly the Portland area, feature educated, prosperous, and growing populations, along with several big-name colleges that churn out new classes of qualified employees each year. When it comes to quality of life, Oregon may not offer the abundant sunlight and heat of Southern California year-round, but its residents enjoy conditions with fewer people, less crime and less traffic, and still this is how they reap the benefits of mild winters and mild summers.

Until 2020 (when its Corporate Activity Tax went into effect), Oregon only had one type of business tax, and for the most part, it only applies to corporations and limited liability companies (LLCs) that choose to be treated. as corporations. Most small businesses are set up as S corporations, LLCs not treated as corporations, partnerships, and sole proprietorships, which means your Oregon business taxes, if applicable, are minimal.

Businesses that are not established as corporations are mostly protected from Oregon corporate excise tax. However, certain types of non-corporate businesses must pay a minimum special tax of $ 150. This minimum tax applies to S corporations and all LLCs classified as partnerships.

C corporations pay the Oregon corporation excise tax described above, which is calculated in one of two ways: based on net income or net sales. The tax due is the higher of the two amounts calculated. Corporations are separate entities from their owners for tax purposes and therefore income is not carried over. However, these owners can still pay state level taxes on certain income they earn from having an interest in the business. Capital gains and dividends are taxed at the taxpayer’s marginal income tax rate, which can go up to 9.9%.

S corporations operate like C corporations in that they establish separate entities that confer a number of legal and financial protections on business owners and their personal assets. The distinction between the two is the S status files with the Internal Revenue Service (IRS), which allows income derived from sales to pass through the corporation to its owners. Because owners pay personal income tax on this money, the federal government does not charge the business a corporate tax, as it considers it to be double taxation. Most states also follow this philosophy. California is not one of them, but Oregon is, with the exception of a $ 150 excise tax that must be paid by S corporations.

For example, an Oregon S corporation with a net income of $ 20 million still pays only $ 150 in taxes. This income is then transferred to the owners, who pay the state income tax for individuals at marginal rates ranging from 4.75% to 9.9% based on total income.

LLCs are pass-through entities that can be classified in different ways. This classification determines the tax treatment of an LLC in Oregon. The default LLC classification is as a partnership for multi-person owned businesses and as a disregarded entity for individual owned businesses. For LLCs classified as partnerships, the taxes are the same as for S corporations. The business owes the minimum special tax of $ 150, while the business owners pay personal income tax on the income that is transferred. For LLCs classified as excluded entities, corporate income tax does not apply; only personal tax is due on transferred income. In some rare cases, an LLC chooses to be treated like a corporation. When this is the case, the same tax rules apply to the LLC as Oregon C corporations.

READ ALSO:  Full definition of faith and credit
About the author