Is cash or credit for travel in Europe better? 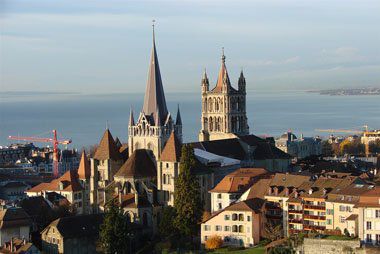 A trip to Europe can be one of the most memorable trips of your life. But the last thing you want to do is sour your trip by not being able to pay for dinner or a train ticket while you’re there.

If a vacation or business trip is in the offing, here are some things to keep in mind about using credit cards and cash in Europe. Being overly prepared can help you avoid a lot of hassle, and perhaps a few missed sightseeing opportunities, while traveling.

Don’t expect to go too far without cash

There are many things you can buy with a credit card in Europe, so bring at least one. But don’t expect to get very far without some cash either, especially if you’re a tourist. Transportation services, such as taxis and buses, often require local currency. The same is true if you hire a guide to help you navigate the unfamiliar surroundings.

Don’t bother to load euros in cash before your flight. You can simply visit an ATM once you arrive and withdraw euros, the currency of 19 European countries, or pounds if you are visiting the UK. With a conversion fee between 1% and 3%, and sometimes a nominal transaction fee, ATMs can be one of the cheapest and most convenient ways to get cash abroad, although you may want to check out the houses. local currency exchange, just to compare rates.

If you have more than one bank account, you may want to compare the different international ATM fees beforehand, and of course choose the one that is most economical.

Many businesses, particularly those that cater to travelers or are located in cities, accept credit cards. Carrying plastic also reduces the amount of cash you have to carry, eliminating some of the pain if your wallet is lost or stolen. Pickpockets are not uncommon in most European cities and they know how to identify tourists.

If you plan to bring a credit card, there are a couple of things to remember. First, keep in mind that some cards are more accepted than others. MasterCard and Visa are among the most widely used payment networks in Britain and the continent. American Express, Discover, and Diners Club are less widespread, although some merchants accept them.

You can use your credit card to get cash at an ATM, of course (and you may have to, if your bank card doesn’t participate in an overseas network). Whether it’s for cash or purchases, check with the card issuer (or look in their terms and conditions paperwork, if you can find it) to see if there is a transaction fee for foreign purchases or a currency conversion fee (or! both!). They add up.

How to make sure your card works

It is also important to realize that credit card technology in Europe is much more advanced and often uses chip and PIN software. This means that their cards have an integrated chip that helps validate the physical presence and legitimacy of the card. Instead of signing a receipt, cardholders often enter their four-digit PIN code to complete the transaction. American banks have quickly launched chip cards due to changes in fraud liability laws, but the PIN part is often not the norm.

You can still get away with a standard American card, as long as it has a chip. If not, the merchant will likely ask for your PIN. If you don’t know, PINs are rarely used for US credit card transactions after all, it’s a good idea to get your bank’s four-digit number before you board, or reset it over the phone or computer. to something easy. remember.

Also, remember to notify your bank that you will be traveling abroad. Many banks have improved their fraud detection protocols, and if they detect suspicious activity, such as a withdrawal at an ATM in Venice when you’ve never been there before, they might deactivate your card as a precaution.

Use of traveler’s checks

If you are concerned about carrying a lot of cash, another option is to buy traveler’s checks. The great thing about these checks is that as long as you record the number on each one and keep it in a safe place, the issuer can usually replace them for free if they are stolen.

However, traveler’s checks are an endangered species; many places no longer accept them. Even if a merchant accepts traveler’s checks, it is often at a low exchange rate. And they are expensive: banks can charge a fee of between 1% and 2% of the face value to buy the checks.

An alternative is to carry a modest amount of emergency cash in a location that pickpockets cannot easily reach; in other words, not in backpacks or an open pocket. Few retail establishments or hotels accept personal checks, so you can also leave them at home.

Increasingly, merchants across Europe accept Apple Pay and other “contactless” digital payment systems; Apple Pay is accepted in more than 60 countries starting in July 2021. Doing it all with a touch of your phone can alleviate security concerns about theft of pockets and theft of wallets full of cash.

If you use Apple Pay to pay with a card overseas, the same overseas charges for that card will apply, as mentioned above. If you are using the Apple Pay Cash card to pay (it is accepted wherever Discover cards are), there is a general 3% fee for international transactions.

As the saying goes, “When in Rome, do what the Romans do.” These days that means carrying a chip credit card and some cash, just in case. Also, pack your bank debit card for ATMs so you have extra coins as needed.

Disclosure: At the time of publication, the author had no interests in any of the companies mentioned in this article.

www.investopedia.com
READ ALSO:  6 Sane Ways to Lower Your Pet Bills
About the author