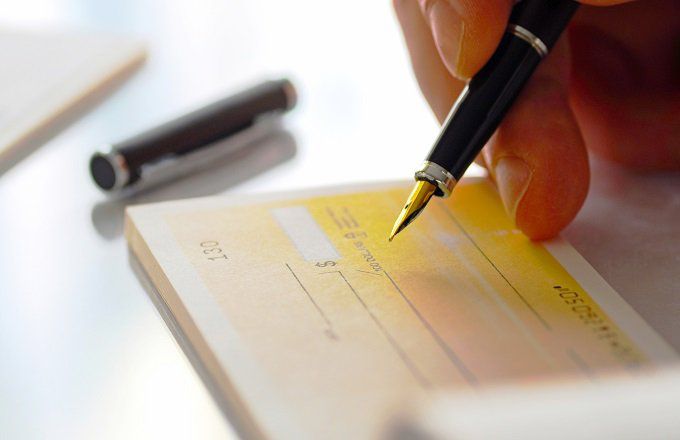 The percentage of wealthy people in the United States has increased substantially in recent years, and many of these people are turning to Donor Advised Funds (DAF) to help with their charitable endeavors. As of the end of 2020, according to the Credit Suisse Global Wealth Report, 21.9 million people with a net worth of $ 1 million or more, excluding the value of their primary residence, were living in the United States.

According to a 2019 study by Wealth-X, these high-net-worth individuals list philanthropy as their second-highest priority, with 36.4% participating in the United States. And there has been an explosion in the use of DAFs, which are charitable funds that can facilitate large donations. But these funds have received quite a bit of criticism about how they work and the benefits they bring to society.

Let’s examine the nature and use of DAFs, as well as their benefits and drawbacks.

Donor-advised funds are registered 501 (c) 3 organizations that are funded with cash, appreciating securities, and / or other assets. All contributions are deposited into an account in the name of the donor, which is held by a DAF sponsor and ultimately donated to a charity of the donor’s choice.

Unlike some charities, DAFs are very well equipped to convert appreciated securities or other tangible assets into cash.

The ability to do this can allow many people to give more than they would otherwise; for example, a donor with 1,000 shares of Amazon.com Inc. on a very low-cost basis can turn this over to a DAF and take an immediate deduction for the full value of the donation (subject to IRS limits).

If they wanted to do the same with a local homeless shelter, they would have to sell the stock and pay capital gains tax on the sale.

Despite their relative efficiency, DAFs have been criticized for the fact that they are not legally obliged to spend the money they receive and can keep it for as long as they want.

Furthermore, the fine print of the agreements explicitly states that donors cede all legal control of their contributions to the DAF sponsor. Although the sponsors promise that donors will remain in control, the fund has the final say on what happens to the money.

There are downsides to using donor-advised funds. For example, a DAF sponsor that went bankrupt had all of his donations seized as collateral, leaving donors without funds to donate to the charity of their choice.

Another used contributions to provide his employees with a very generous compensation plan, organize a golf tournament and pay the legal fees of a lawsuit from an irate donor.

In both cases, the courts upheld the sponsors’ right to use the donated funds as they saw fit.

Another complaint that has been brought to bear on DAFs is that the funds benefit from the donations they receive through the fees they charge to donor accounts.

For example, Fidelity charges the greater of $ 100 or 0.6% for the first $ 500,000 of donations to its fund. You can also generate additional money from fees that are assessed by the mutual funds that donors invest in. DAFs often carry a lot of hidden fees that donors are unaware of in the same way as 401 (k) plans.

Therefore, critics argue that the financial industry and its wealthy clients, rather than charities, are the true beneficiaries of DAFs.

However, DAFs have nearly doubled the amount of money they have paid since 2010. The National Philanthropic Trust reported in its 2020 Report that in 2019, philanthropists recommended grants to charities from their donor-advised funds totaling $ 27.37 billion, an increase of 15.4. % compared to 2018.

Interestingly, only a fraction of counselors talk to their clients about charity planning, and this represents a missed opportunity on a vitally important topic.

Donor-advised funds can provide donors with an immediate tax deduction for funds that cannot actually be distributed to a charity until months or years later. While this span of time has been the source of criticism for these funds, their use has exploded in recent years among high-net-worth households in the United States.

Financial advisers must understand how these funds work and when they are appropriate to use with their clients in order to serve them effectively.