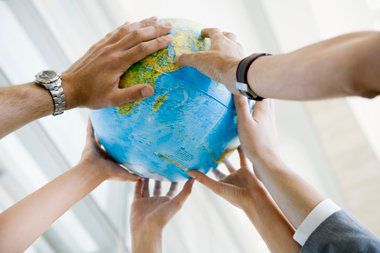 What is the Linden Dollar?

A Linden dollar is a virtual currency used in the online world, Second Life; and is named after the creator of the game, Linden Lab. Second Life users, known as residents, can pay real money, in US dollars, to purchase Linden dollars. Because it can only be used within the Second Life platform, it is a closed-loop digital currency.

Linden dollars (L $) can be used to buy, sell, rent or trade virtual land, digital goods and services online. Linden dollars can also be exchanged for US dollars based on a floating rate. Linden Lab does not allow this currency to be a full-fledged fiat currency or even a cryptocurrency.

Second Life was developed by Linden Lab and was released in June 2003. Residents of the show interact with others through avatars. Residents can travel the virtual world, socialize, and participate in various activities.

Additionally, residents can create and exchange virtual properties and / or services with other residents. The purpose of Second Life is to allow users to immerse themselves in a virtual world through a user-created and community-driven experience.

Linden dollars (L $) can be used to buy, sell, rent or exchange land, goods and services. Assets include cars, clothing, jewelry, and buildings. Services include entertainment, camping, and paid work. Linden dollars fluctuate in value against the US dollar. Linden dollars can be purchased using US dollars and some other currencies on the exchange service provided by Linden Lab. While L $ is a floating exchange rate, the exchange rate has remained relatively stable, trading between 240 and 270 per 1 US dollar for the past decade. The platform was designed so that the interaction dynamics were quite similar to the real world experience, however Linden Labs was not really interested in perfect mimicry.

In 2015, the GDP of the Second Life economy was estimated at approximately $ 500 million with its gross resident income averaging $ 60 million.

Because Linden dollars have a determinable value in the real market, the Financial Crimes Enforcement Network (FinCen), an office of the United States Department of the Treasury, recognized Linden Money as a convertible centralized virtual currency in 2013. This means that there are tax implications for any transaction involving Linden dollars.

Linden Lab has not only tried to reduce its own corporate liability, but it has also tried to limit its clients’ exposure to fraud. Despite the good intentions of the company, residents have still found ways to scam others within the Second Life platform. Linden Labs has on occasion promoted and attempted to manage L $ as if it were a legitimate independent fiat currency, this is clearly not the case.

The company’s own terms of service state that players have no financial or legal claim on their L $, which is a consumable entertainment product that can be revoked or removed at any time for no reason. No fiat currency will even make such demands on those who transact with that currency, because it would represent an undue risk of owning that currency.

Virtual currency is not considered real money, but property for tax purposes. Property tax laws therefore apply to Linden dollar transactions. A taxpayer is required to include the fair market value of any Linden money earned when calculating their gross income. If the taxpayer used the virtual currency strictly for investment gains, any capital gains or losses from the investments made are appropriately taxed.

www.investopedia.com
READ ALSO:  The most crucial financial reasons for Penny's stock
About the author