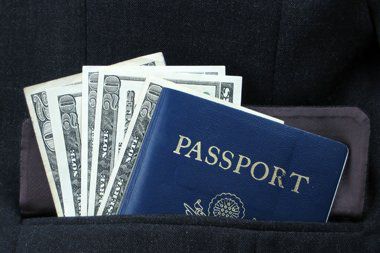 What is the Tugrik (MNT)?

Tugrik (MNT) is the official currency of the country of Mongolia. The tugrik has been used as the national currency since 1925.

It officially replaced other existing foreign currencies to become Mongolia’s only legal currency. It is abbreviated as MNT and is represented by the symbol ₮.

The currency is held by the country’s central bank, the Bank of Mongolia.

The first banknotes entered circulation in December 1925; The tugrik completely replaced the Mongolian dollar three years later, in 1928. The MNT is not pegged to any currency and no other currency is pegged to it.

Travelers can only import and export a maximum of ₮ 815 in and out of the country.The main banks in the country can exchange foreign currency without difficulty and can provide cash advances when necessary.

People can use US dollars in conjunction with credit and debit cards at major retailers, hotels, and automated teller machines (ATMs) where travel and tourism are common, especially in Ulaanbaatar, the country’s capital.But it is always a good idea for people to carry local currency with them when traveling anywhere in Mongolia.

History of the Tugrik (MNT)

The federal government enacted a currency reform law on February 22, 1925, giving the central bank exclusive authority to issue the tugrik. In addition to naming the currency, the law also established parameters on how the currency would be backed: a minimum of 25% for precious metals and 75% for “highly liquid assets.”

The tugrik was previously subdivided into Mongos or möngös.A mongo was the equivalent of 1/100 of a tugrik.But due to its low value, the mongo was withdrawn from circulation.The coin was originally printed and minted in the Soviet Union, but is now produced in the United Kingdom.

Mongolia has an economy that is highly dependent on agriculture and livestock. Its economy depends on agricultural, livestock and mineral resources. Due to the severe and widespread economic impact of the COVID-19 pandemic, Mongolia’s economy contracted by 5.3% in 2020, the most extreme contraction since the early 1990s. However, over the past 30 years, the economy has expanded enormously; since 1991, the country has tripled its GDP per capita.

READ ALSO:  Definition of reduction and exit option
About the author