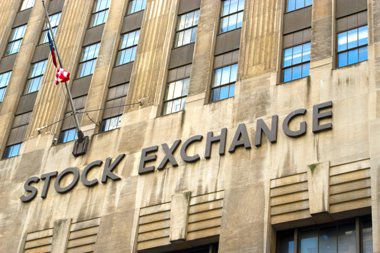 What is the percentage price oscillator (PPO)?

The Percent Price Oscillator (PPO) is a technical momentum indicator that shows the relationship between two moving averages in percentage terms. Moving averages are a 26-period and 12-period exponential moving average (EMA).

The PPO is used to compare the performance and volatility of assets, detect divergences that could lead to price reversals, generate trade signals, and help confirm the direction of the trend.

Formula and calculation of the percentage price oscillator (PPO)

Use the following formula to calculate the relationship between two moving averages for a holding.

The PPO is identical to the Moving Average Convergence Divergence Indicator (MACD), except that the PPO measures the percentage difference between two EMAs, while the MACD measures the absolute difference (in dollars). Some traders prefer the PPO because the readings are comparable between
assets with different prices, while MACD readings are not comparable. For example, regardless of the asset’s price, a PPO result of 10 means that the short-term average is 10% higher than the long-term average.

Comparison of assets with the percentage price oscillator (PPO)

The percentage value of the PPO allows traders to use the indicator to compare different assets in terms of performance and volatility. This is particularly useful if the price of the assets varies significantly.

For example, a trader comparing Apple and Amazon could compare the oscillating range of the indicator for each stock to determine which is more volatile.

If the PPO range for Apple is between 3.25 and -5.80 over the last year, and the PPO range for Amazon is between 2.65 and -4.5, it is evident that Apple is more volatile because it has a range of 9.05 points compared to the 7.15 point rank from Amazon. This is a very rough comparison of the volatility between the two assets. The indicator only measures and reflects the distance between two moving averages, not the actual price movement.

The PPO indicator is also useful for comparing momentum between assets. Traders simply need to look at which asset has a higher PPO value to see which one has more momentum. For example, if Apple has a PPO of three and Amazon has a PPO value of one, then Apple has had more recent strength as its short-term EMA is more above the long-term EMA.

The PPO measures the distance between a short-term and long-term EMA. The Relative Strength Index (RSI) is another type of oscillator that measures recent price gains and losses.

The RSI is used to help assess overbought and oversold conditions, as well as to detect divergences and confirm trends. Indicators are calculated and interpreted differently, so each will provide different information to traders.

Two or more crossovers can occur before a strong price movement develops. Multiple crosses without significant price movement are likely to result in multiple losing trades.

The indicator is made up of the distance between two EMAs (the PPO) and an EMA of the PPO (signal line). There is nothing inherently predictive about these calculations. They show what has happened and not necessarily what will happen in the future.