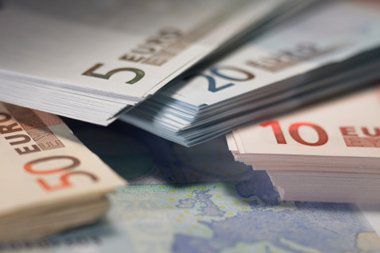 Redenomination is the recalibration of a country’s currency, usually due to hyperinflation and currency devaluation, whereby an old currency is exchanged for a new one at a fixed rate.

While significant inflation is the main reason a country redenominates its currency, other reasons include decimalization or joining a monetary union. When redenomination occurs, old notes and coins are normally withdrawn from circulation and a new coin is issued. Sometimes the old coin continues to circulate at a fixed value against the new banknotes.

When the redenomination occurs, a new value is set for the new notes and coins. For example, in 2006, Zimbabwe renamed its currency at an exchange rate of 1,000 old Zimbabwe dollars to a new Zimbabwe dollar.

When it comes to hyperinflation, redenomination becomes necessary because it requires too many old bills to facilitate trade. Small bills essentially become useless if you need a wheel keg to buy a loaf of bread.

Redenomination can also occur when a country joins a currency union, such as the eurozone, and begins to use a currency such as the euro instead of its own. When the euro was introduced in 1999, member countries used the new currency for the first time in electronic accounting and payments. They then changed their national banknotes and coins to the euro in 2002.

This process is in effect a redenomination because the value of the country’s banknotes is changing. For example, the Irish pound was converted at a rate of 0.787564 pounds per euro.

Initially, 12 countries adopted the euro in 1999, with the German mark (DEM), the Spanish peseta and the French franc (F) among the most important currencies taken out of circulation. As of 2021, there are 19 countries that use the euro.

Probably the most famous redenomination has been the Zimbabwean dollar, which circulated in Z-100 trillion dollar bills – the largest currency denomination ever issued – thanks to an annual inflation rate of more than 231 million percent.

The Zimbabwean government redenominated its currency several times beginning in 2006. That year, the country’s first currency reform was launched in an effort to contain inflation. The Zimbabwe dollar was redenominated at a rate of 1,000 to one.

But inflation remained at astronomical levels. To keep up, a Z $ 750,000 bill was introduced in 2007. At the beginning of 2008, the banknotes circulated in denominations of Z $ 1 million, Z $ 5 million and Z $ 10 million. Those nominal amounts were quickly overshadowed by a series of larger and larger new bills. In July 2008, the government issued a Z $ 100 billion bill, which could buy around three eggs at that time.

Zimbabwe went through numerous currency redonimations in its attempts to contain inflation before formally abandoning the Zimbabwean dollar in 2015.

In August 2008, the government launched another new denomination. Old bills can be exchanged for new ones at a rate of 10 billion to one. Inflation continued unabated and new currency issues continued to appear with staggering face amounts. In January 2009, Z $ 10 trillion, Z $ 20 trillion, Z $ 50 trillion and Z $ 100 trillion notes were issued.

In February 2009, the government redenominated for the third time. The old currency could be exchanged for new currency at a rate of one trillion to one. By then, most people had given up the Zimbabwe dollar in favor of the US dollar and the South African rand (ZAR).

Zimbabwe adopted a multi-currency system and dollarization in 2009. In 2015, the country formally abandoned the Zimbabwean dollar altogether. Bank accounts with up to Z $ 175 billion were paid a fixed amount of $ 5 USD. Bank accounts with amounts greater than Z $ 175 trillion received $ 1 USD for every Z $ 35 trillion held.