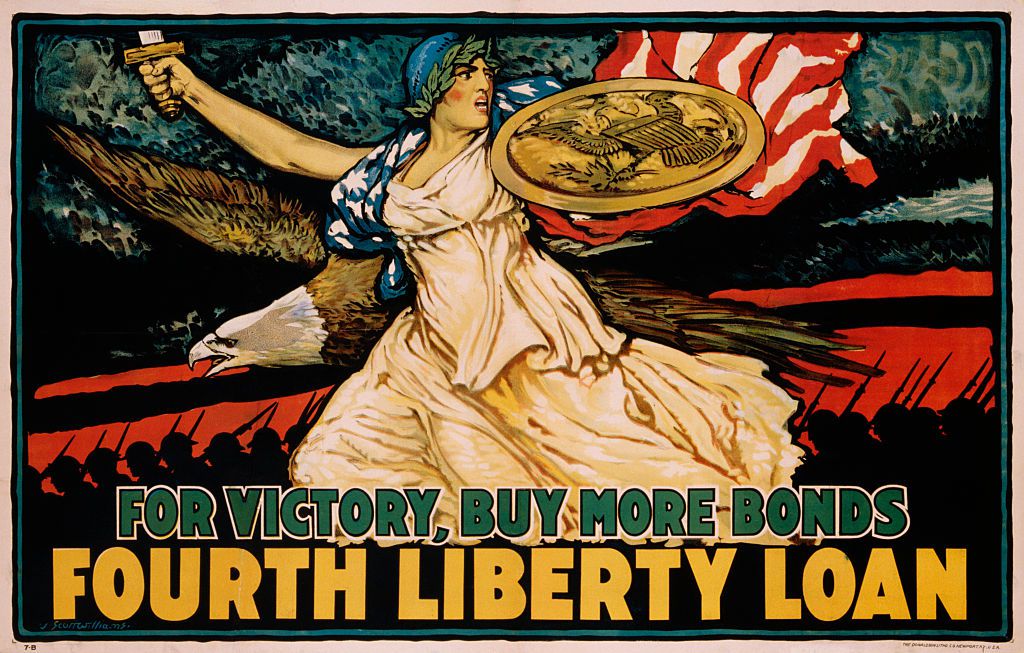 What is a Liberty Bond?

A Liberty Bond is a debt obligation issued by the US Department of the Treasury in conjunction with the Federal Reserve. Also known as the Liberty Loan, it was a war bond, issued in four installments in 1917-18 as a means of financing America’s participation in World War I and the Allied war effort in Europe.

The United States government helped sell Liberty Bonds again after the terrorist attacks in the United States on September 11, 2001, this time to finance the reconstruction of “Ground Zero” and other damaged areas.

With this program, Americans basically loaned money to the government to help pay for the costs of wartime military operations. After a certain number of years, those who invested in these bonds would receive their money plus interest. The government created these bonds as part of what became known as the “Liberty Loan” program, a joint effort between the United States Treasury and the Federal Reserve System, which had been created only three years earlier, in 1914.

The federal government promoted these values ​​as a way for American citizens to display their patriotic spirit and support the nation and its military. However, the Liberty Bonds were only moderately successful when they were first issued in April 1917, much to the shame of the Treasury Department. The government, to make sure the bonds were more successful next time around, staged a massive public awareness campaign using eye-catching posters, billboards, movie star endorsements, and other promotional tactics for the second Liberty Bonds offering in late 1917. .

A fifth final release of Liberty Bonds occurred in April 1919; only they were nicknamed “Victory Bonds” to celebrate the end of the First World War.

The first issue of Liberty Bonds offered an interest rate of 3.5%, which was lower than what was available through a typical savings account at the time. Over the course of several subsequent posts, the interest rate gradually increased slightly, to 4.25%. Still, the main attraction of these values ​​was to show patriotic support and not for financial gain.

However, Liberty Bonds offered many “ordinary” Americans their first experience with investing. Until then, stocks were seen as something to very wealthy or professional Wall Street traders. But then-Secretary of the Treasury William Gibbs McAdoo envisioned the entire bond program as something of a financial educator, as well as a promoter of patriotism, for the average individual.

The amount raised by Liberty bonds sold during World War I

The bonds were available in denominations as low as $ 50. They could also be purchased in installments, via 25-cent war savings stamps and $ 5 war savings certificates, which could eventually be awarded for a royal freedom bond. McAddo also set the bond rate relatively low, to prevent the wealthy and speculators from getting hold of them.

An economic advantage of the first issue of Liberty Bonds was that the interest was exempt from taxes, except for inheritance or inheritance taxes. Although they had terms of 25 to 30 years, most of the Liberty bonds issued during the first rounds were redeemed or converted into bonds offering a higher interest rate (they could be redeemed after 10 or 15 years). As a result, those bail certificates are rare and valued by collectors.

Ties of freedom in the 21st century

Liberty bonds resurfaced in the early 2000s, although these bonds were somewhat different animals: not federal Treasury bonds, but New York municipal bonds. Issued jointly by the New York City Housing Development Corporation and the New York State Housing Finance Agency from 2002 to 2006, with a contribution of $ 1.2 billion from the federal government, these activity bonds They were intended to help rebuild the part of Lower Manhattan, the Liberty Zone, that had been devastated by the World Trade Center terrorist attacks on September 11, 2001.

The $ 8 billion issue also had a different target audience – real estate developers and corporations – and a different goal: to fund not a war effort, but residential and commercial buildings.

Critics charged that the program was to help high-profile corporations (the bonds were exempt from triple taxes) and, in many cases, toward projects that weren’t even located near Ground Zero. However, they sparked a wave of buildings in midtown Manhattan, which today is a more populated and prosperous area than ever.

READ ALSO:  Main problems with aggregation of financial data
About the author