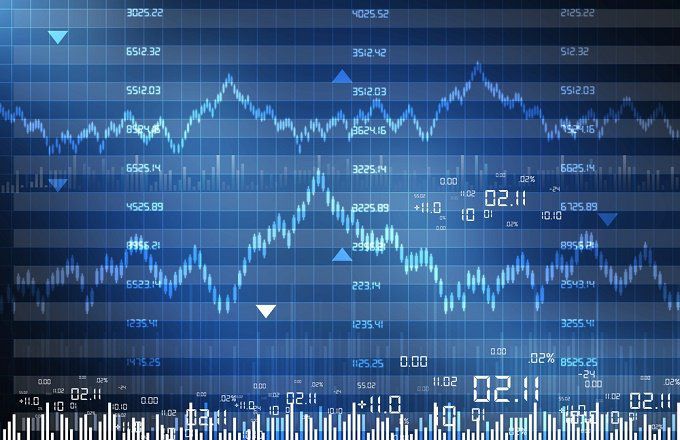 Traders use moving averages (MA) to identify business areas, identify trends, and analyze markets. Moving averages help traders isolate the trend in a security or market, or the lack of one, and can also indicate when a trend may reverse. Two of the most common types are simple and exponential. We will look at the differences between these two moving averages, which will help traders determine which one to use.

The old data is deleted in favor of the new one. A 10-day average is recalculated by adding the new day and removing the 10th day, and this process continues indefinitely.

The exponential moving average (EMA) focuses more on recent prices than a long series of data points, as required by the simple moving average.

To calculate an EMA

The most important factor is the smoothing constant that = 2 / (1 + N) where N = the number of days.

SMA and EMA are calculated differently. The calculation makes the EMA react more quickly to price changes and the SMA react more slowly. That is the main difference between the two. One is not necessarily better than the other.

Sometimes the EMA will react quickly, causing a trader to exit a trade due to a market setback, while the slower moving SMA keeps the person in the trade, resulting in a higher profit once that ends the setback. At other times, the opposite could happen. The faster moving EMA indicates trouble faster than the SMA, so the EMA trader gets out of danger faster, saving that person time and money.

Each trader must decide which MA is best for their particular strategy. Many short-term traders use EMAs because they want to be warned as soon as the price moves in the opposite direction. Long-term traders tend to trust SMAs, as these investors are not quick to act and prefer to participate less actively in their trades.

Ultimately, it all comes down to personal preference. Plot an EMA and SMA of the same length on a chart and see which one helps you make better trading decisions.

As a general guideline, when the price is above a simple or exponential MA, then the trend is up, and when the price is below the MA, the trend is down. For this guide to be useful, the moving average should have provided information on trends and trend changes in the past. Choose a calculation period, such as 10, 20, 50, 100, or 200, that highlights the trend, but when the price moves, it tends to show a reversal. This applies whether a simple or exponential MA is used. Try several MAs to see which one works best by altering the entries in the indicator on your charting platform. Different MAs make them work better on different types of financial instruments, including stocks.

As lagging indicators, the moving averages serve well as support and resistance lines. During an uptrend, the price will often pull back to the MA area and then rebound.

If prices break below the MA in an uptrend, the uptrend may be waning, or at least the market may be consolidating. If prices break above a moving average in a downtrend, the trend may be starting to rise or consolidate. In this case, a trader can watch for price moving through the MA to signal an opportunity or danger.

Other traders are not so concerned about prices moving through the MA, instead they will place two MAs of different lengths on their chart and then watch the MAs cross over.

Sometimes the MA crosses provided very good signals that would have resulted in big gains, and other times, the crosses resulted in poor signals. This highlights one of the weaknesses of moving averages. They work well when the price is making big trend movements, but they tend to do poorly when the price is moving sideways.

www.investopedia.com
READ ALSO:  Steak Prices Are Rising. 5 Steps to Take to Save
About the author