10 Facts You Did Not Know About Amazon (AMZN) 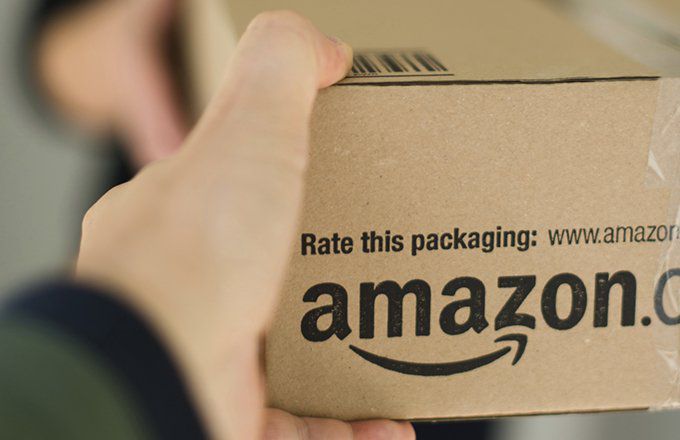 Meetings at Barnes and Noble

In Amazon’s early stages, Jeff Bezos, his then-wife, MacKenzie Bezos, and Amazon’s first employee, Shel Kaphan, held their meetings within their local Barnes and Noble. Before founder Jeff Bezos landed on “Amazon” as the e-commerce giant’s name, he had other names he kicked around, like “Cadabra” (as in “Abracadabra”) and “Relentless.”

However, his lawyer convinced him that “Cadabra” did not sound magical at all. Rather, “Cadabra” sounded too similar to “corpse”. Although “Relentless” did not become the company name, Jeff Bezos liked the name enough to buy the domain name and now the website; relentless.com redirects to the Amazon.com home page.

In the early stages of Amazon as a public company, it launched an auction site to compete with its competitors in the e-commerce space. The day Amazon launched the auction site in 1999, its shares soared more than 8%.

Before the powerful search engine company Google (GOOG) had its “Street View” in its mapping application, Amazon launched a search engine in 2004, A9.com, which started a project called Block View.

Block View was a visual yellow page that allowed its users to see the street view of directions and directions to their destinations.

AmazonSmile allows its users to support charities of their choice when they shop at smile.amazon.com. The AmazonSmile Foundation donates 0.5% of the purchase price of eligible products for AmazonSmile purchases.

Amazon Flow was an augmented reality phone app that could identify millions of products, from tissue boxes to book covers. With Amazon Flow, users didn’t have to memorize their shopping lists, as the app allowed them to take photos on their phones. When integrated with the Amazon app, users can find products on Amazon and purchase them without the need to type or scan the barcode.

Amazon Go, a high-tech supermarket, allows shoppers to buy groceries without having to wait in line for a cashier. Amazon Go stores are equipped with hundreds of cameras that use a type of technology similar to that found in self-driving cars. This technology maintains a virtual shopping cart that allows customers to exit when they finish shopping. An invoice is automatically sent to your Amazon account.

The first book sold on Amazon was Fluid concepts and creative analogies by Douglas Hofstadter, according to a Quora question answered by former Amazon employee Ian McAllister. The book was purchased in 1995 and John Wainwright is believed to have been the customer, who claimed to have purchased the book on April 3, 1995.

Amazon is developing a futuristic delivery system, Prime Air, that would allow Amazon to deliver packages to customers in 30 minutes using small drones. The service is being developed for the US and other countries.

When Amazon started, they rang a bell every time a customer made a purchase. “We had, at that moment, a little bell that rang every time a book was ordered, so we were all working and the bell rang, and it rang Thing! and we would say, ‘Yay! We sold a book! ‘”Says former Amazon employee Jonathan Kochmer.

Amazon employed 1,271 million people by the end of the world, more than Google, Facebook, and Alibaba combined. It managed to increase the number of employees by 51% year-over-year at the end of the second quarter.